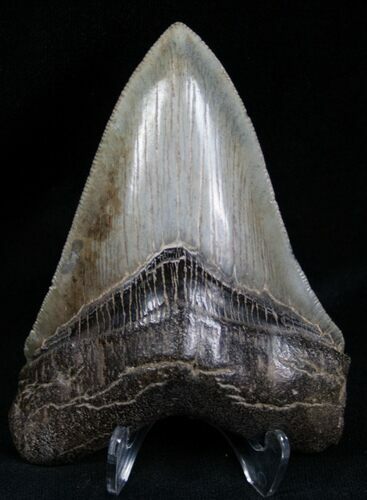 This is an absolutely beautiful 3.75" Megalodon tooth which is a river find from near Savannah, Georgia. It was collected by a diver in the river after it eroded out of the Hawthorn Formation. This tooth has wonderful enamel, a robust root, great bourlette, fine serrations and almost no feeding wear to the tip. 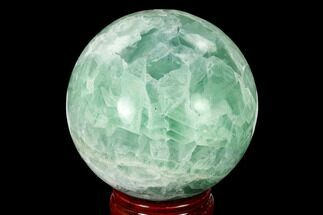