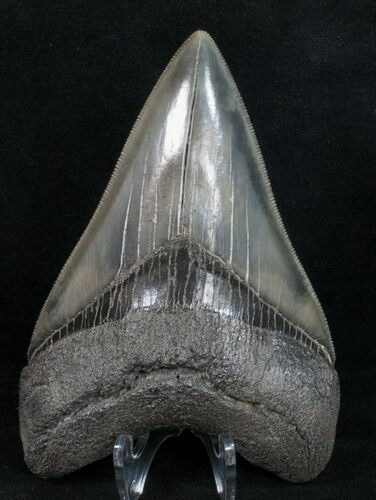 This is a top quality, 3.89" long Megalodon tooth from Southern Georgia. It has gorgeous enamel with shades of olive, greens and blacks. The serrations are in great shape as is the bourrelet and the root. Really a beautiful all around tooth. Comes with an acrylic display stand.