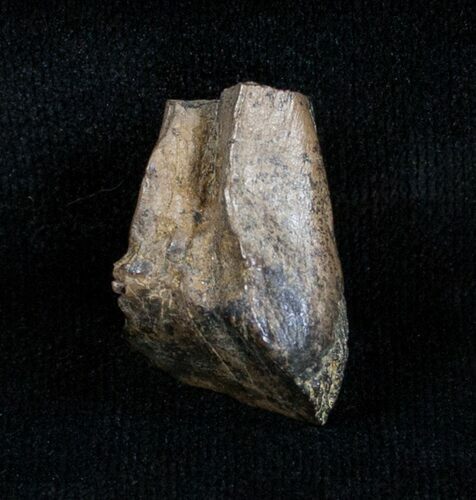 This is a nice Triceratops tooth from Montana. It's only slightly worn so it's not a shed tooth like most of the teeth available.