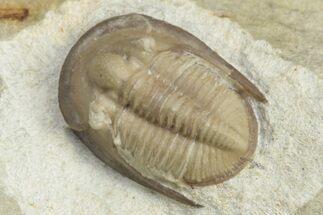 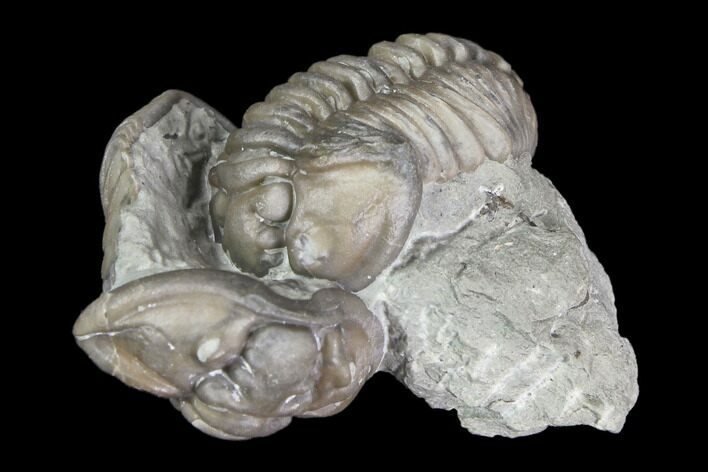 This is a cool piece with two nice, 3D Flexicalymene retrorsa trilobites which almost appear to be climbing over each other. It was collected from the famous trilobite beds near Mt. Orab, Ohio, and prepared under microscope using air abrasives. Both trilobites would be about 1" long if outstretched.