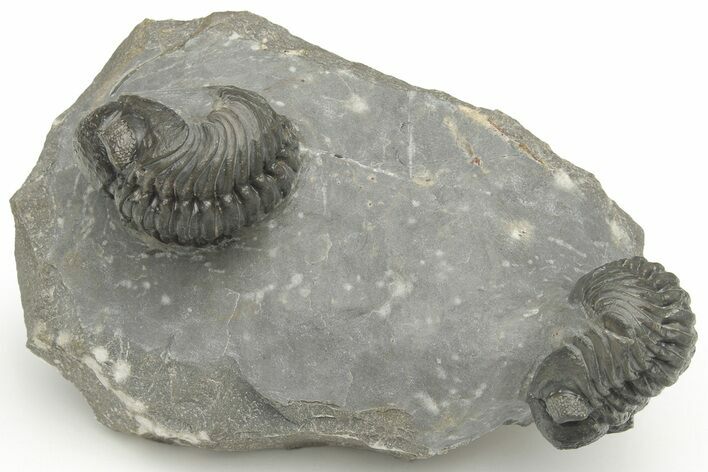 This is a pair of very detailed phacopid (Adrisiops weugi) trilobites from Jbel Oudriss, Morocco. Adrisiops had been informally referred to as 'smiley Phacops' until it was described as the type species of a new genus in 2017. It is one of the less frequently seen genus of phacopids from Morocco.

Both specimens are partially enrolled and well prepared. The larger one would be about 2" if outstretched and the smaller about 1.7". The smaller specimen has about 2% shell restoration along repaired cracks.