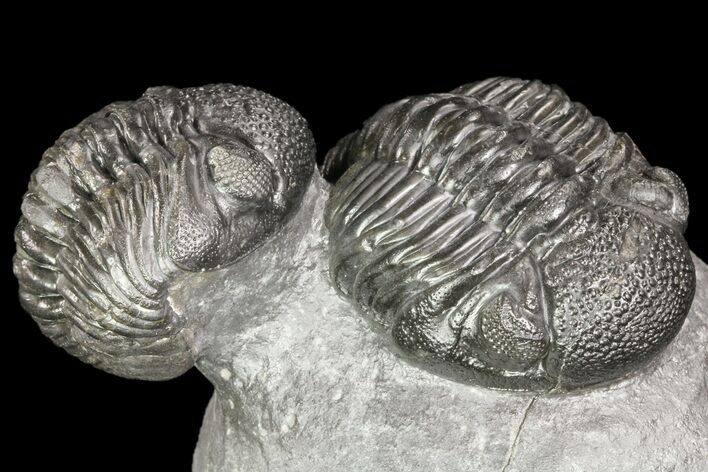 This is a beautifully prepared pair of Pedinopariops (Hypsipariops) vagabundus trilobites from Mrakib, Morocco. These large phacopids have wonderfully detailed eye facet preservation and the limestone has been nicely sculpted to create an aesthetic display. Only about 1-2% restoration in total, just a few patches of shell along the repaired cracks. 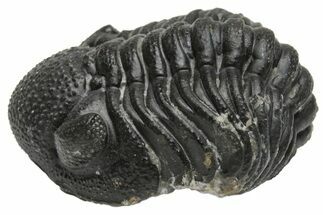