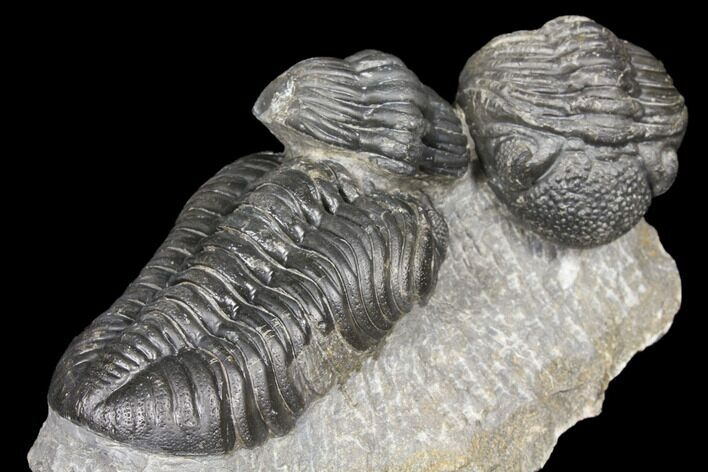 This is a pair of large Pedinopariops (Hypsipariops) vagabundus trilobites quarried from the Bou Dib Formation near Mrakib, Morocco. One is 2.9" long and prone while the second is disarticulated with the front half next to the back half.