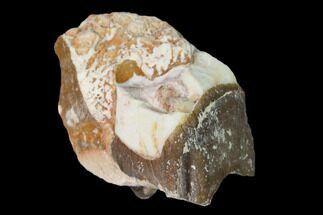 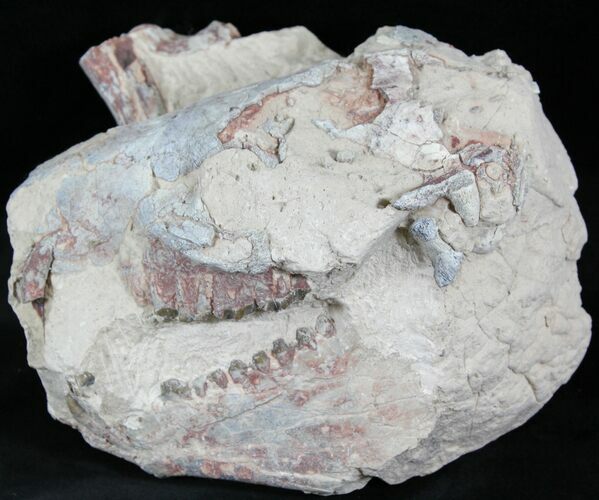 Artists reconstruction of Merycoidodon. By Nobu Tamura (http://spinops.blogspot.com)
is a large, 7.7" long, unprepared skull of an Oreodont. It was collected from the the Brule Formation in Wyoming and would be approximately 32-34 million years old.

No preparation work has yet been done on it to expose more of the skull. Both the upper and lower jaws are present along with some other partial bones in the matrix. The rock is soft enough it can be prepared with hand tools, though pneumatic air scribes would certainly speed up the process. There is some weathering to the top of the skull, but it should be a nice piece once prepared.

Oreodonts (the common name for Merycoidodontoidea) are extinct mammals most closely related to camels and pigs, though they have no close relatives living today. They were herbivorous animals with short faces and fang-like canine teeth. About the size of a sheep, they roamed the plains of North America in huge numbers during the Oligocene period.
SOLD
DETAILS
SPECIES
Merycoidodon
AGE
Oligocene (32 Million Years) 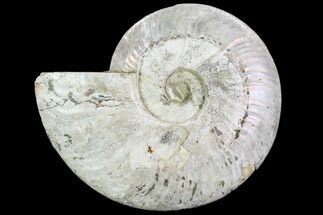