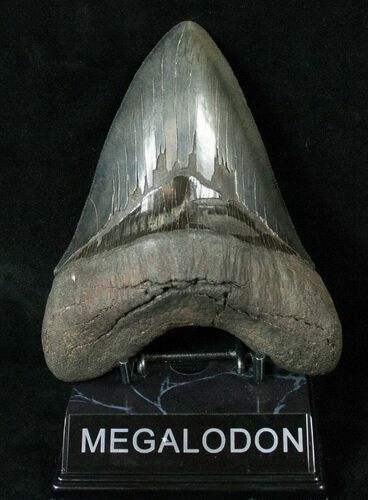 This is a very nice, 5.71" fossil Megalodon tooth collected by a diver off of Hilton Head Island, South Carolina. This tooth is exceptionally heavy for it's size, weighing 15 ounces, so it obviously has a lot of internal pyritization. The enamel is beautifully preserved, it has good serrations and a really nice root to it. Comes with the pictured display stand.