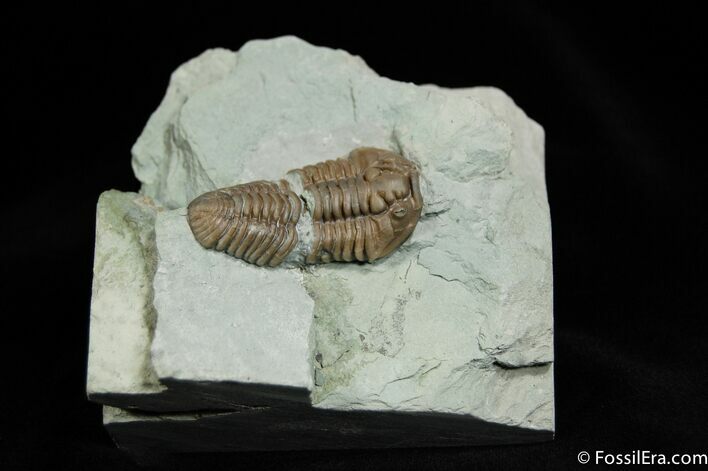 Here is a very large Flexicalymene retrorsa from the Richmond Formation near Oldenburg, IN. The Flexicalymene retorsa is not as commonly seen as the similar species Flexicalymene meeki which comes from a different member of the formation. This trilobite is very large for the species with the average size being around 1 inch in length. The shell is very thick and the dark carmel coloring contrasts beautifully agains the grey mudstone matrix.