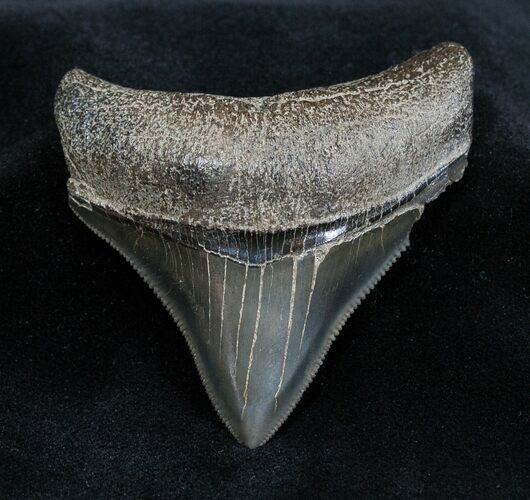 This small 2 1/2 inch Megalodon tooth has really spectacular serrations, a sharp tip and beautiful blade coloration. It's a real collector tooth with just a small ding on one side of the blade.