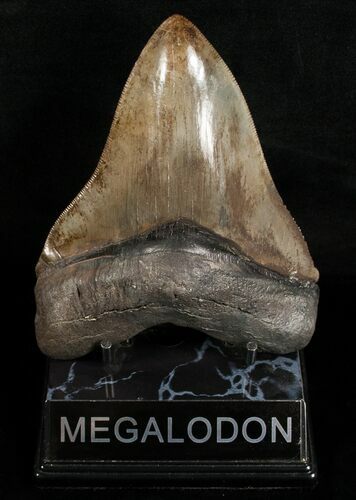 Here is a large, 5 inch long tooth from the prehistoric Megalodon shark. It's a river find from Georgia and would be approximately 4-7 million years old. It has a very beautiful blade with sharp serrations and a good tip. It's rare to see serrations this nice on large Megalodon teeth. The glossy enamel on this tooth is beautiful, and it displays nicely on the included stand.

There is some RESTORATION on this tooth. The right hand corner of the root and blade has been professionally restored.