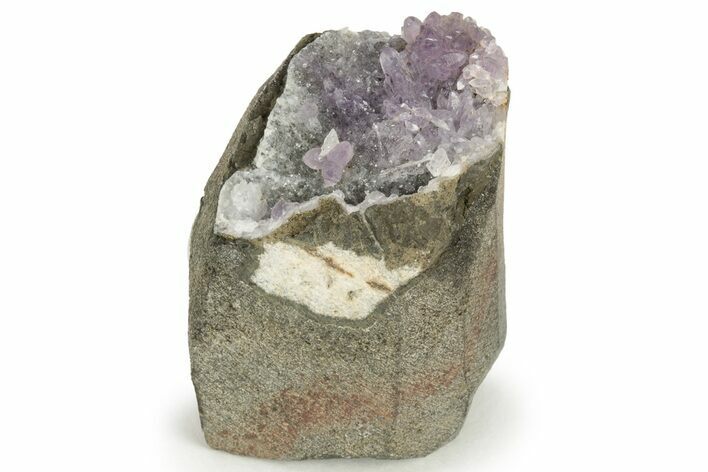 This is a gorgeous, 1.3" wide specimen that features amethyst crystals that formed over druzy quartz chalcedony, collected from Madhya Pradesh, India. This formation occurred within a cavity/vug in the basalt host rock. Apophyllite, barite, chabazite, and julgoldite crystals have also been reported as being present within some of these vugs.

One edge of the rock has been cut flat for presentation. 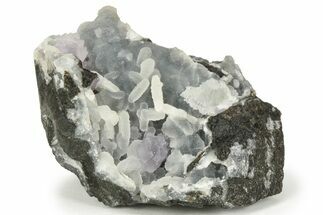 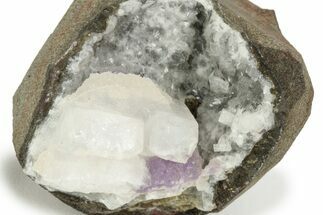 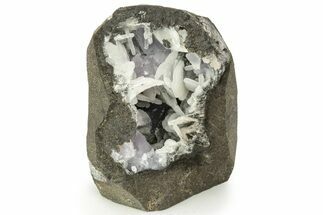 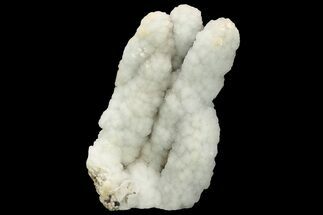 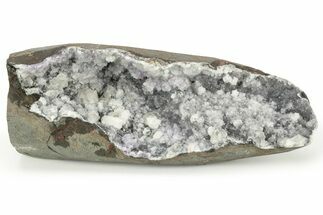 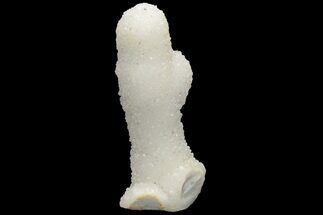 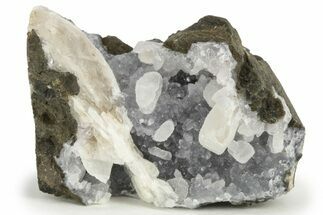 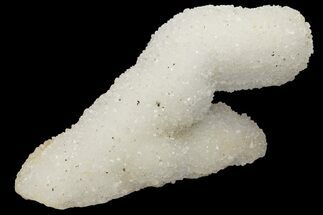 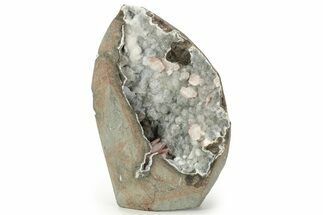