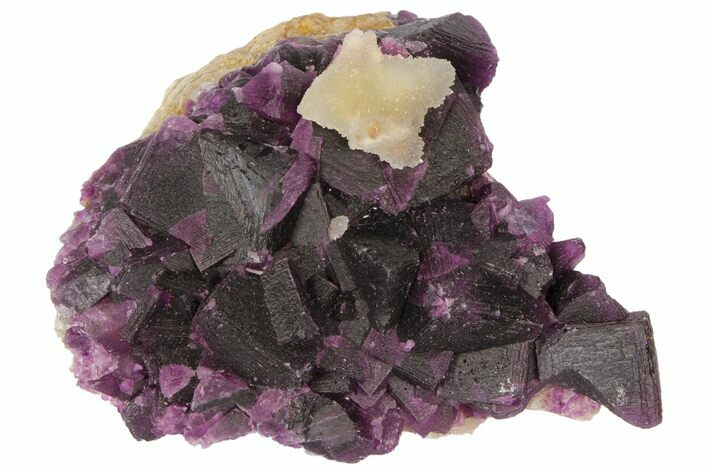 This is a beautiful association of dark purple, cubic fluorite crystals and druzy quartz. The fluorite fluoresces purple under both low and high wave UV lighting. It was collected from the Anhui Province of China and is accompanied by an acrylic display stand. 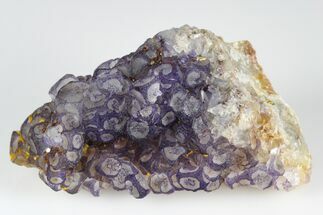 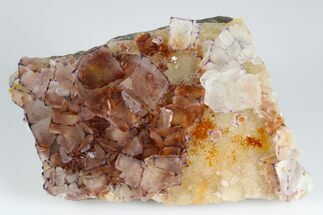 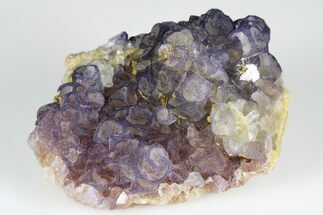 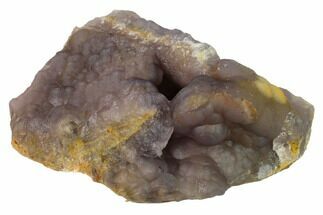