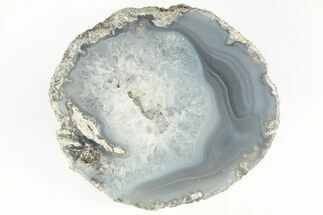 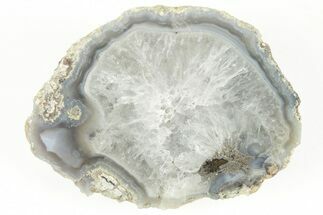 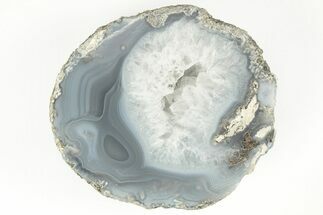 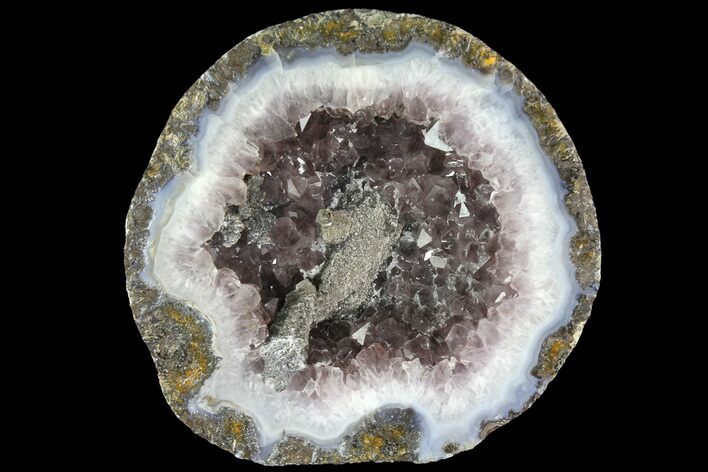 This is a beautiful "coconut geode" half from Chihuahua, Mexico. This geode half is filled with banded agate and a smoky amethyst crystal encrusted cavity with calcite crystals. It has been cut flat and polished to a glossy finish. Only the pictured half of this geode is included. 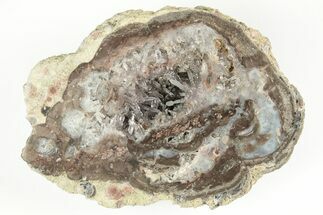 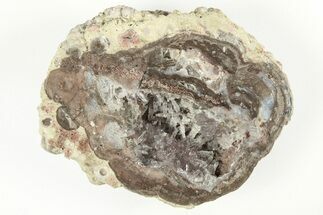 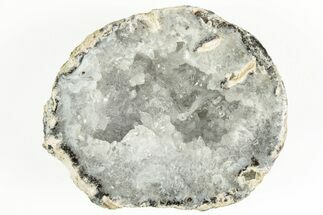