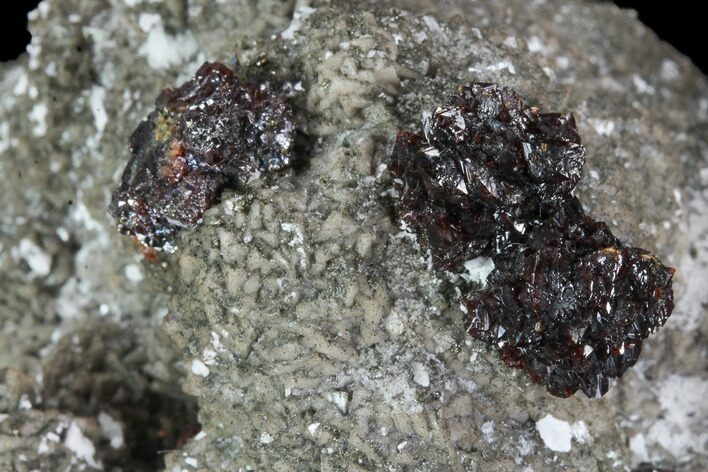 This beautiful specimen contains an association of a deep red sphalerite "flower" crystal clusters that formed from a dolomite crystal encrusted matrix. It comes from the Washington County Aggregates Quarry in the Potosi Barite District of Missouri. 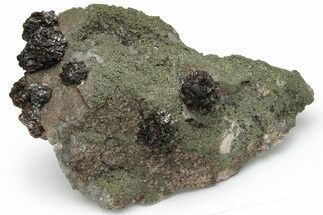 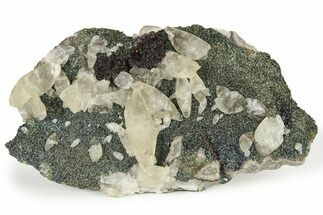 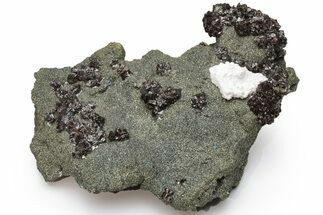 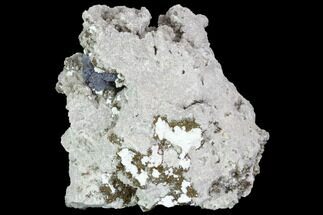 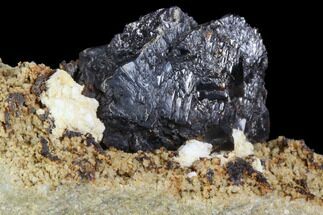 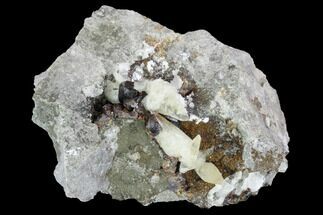