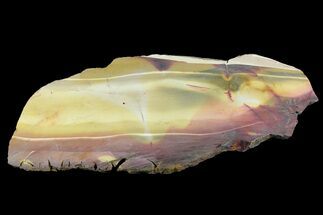 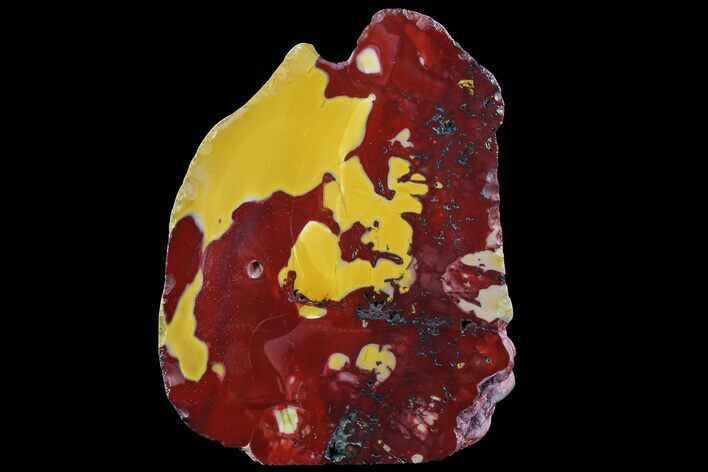 This is a 6.2" tall, free standing, richly colored Mookaite Jasper. The face of this specimen has been polished and the base has been cut flat to allow for easy presentation of the beautiful patterns and colors.

As this sediment turned to sedimentary rock (a process known as diagenesis) the silica from the radiolarian skeletons pinching and coagulates into ribbons, nodules and other irregular concretions. These ribbons, nodules and concretions are the Mookaite within the clay layers. The coloration is due to other (mostly iron based) mineral impurities present along with the silica. So, technically Mookaite could be considered is a fossiliferous, sedimentary rock made out of the tiny skeletons of radiolarians.
View All Polished Stones
SOLD
DETAILS
SPECIES
Quartz var Jasper
LOCATION
Mooka Creek, Gascoyne Junction, Western Australia
FORMATION
Windalia Radiolarite
SIZE
6.2"x4.8"
CATEGORY
Jasper
SUB CATEGORY
Mookaite Jasper
ITEM
#74086
SHIPPING
Shipping & Return Policy info. 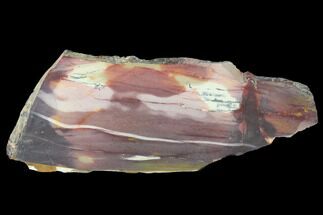 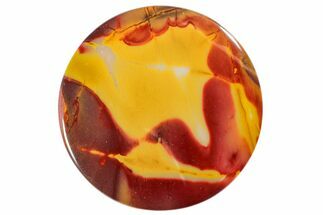 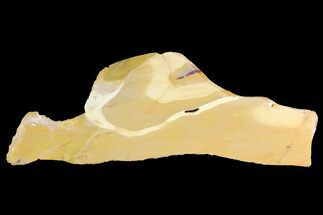 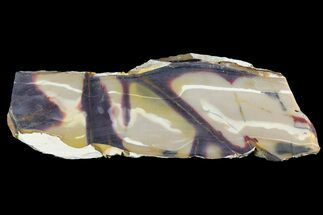 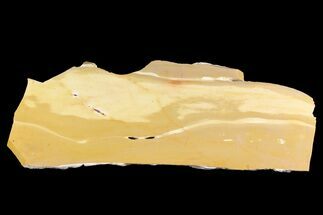 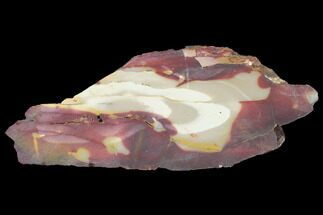 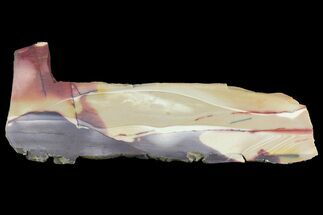