4.6" Golden Calcite Crystal with Sphalerite and Barite - Elmwood Mine 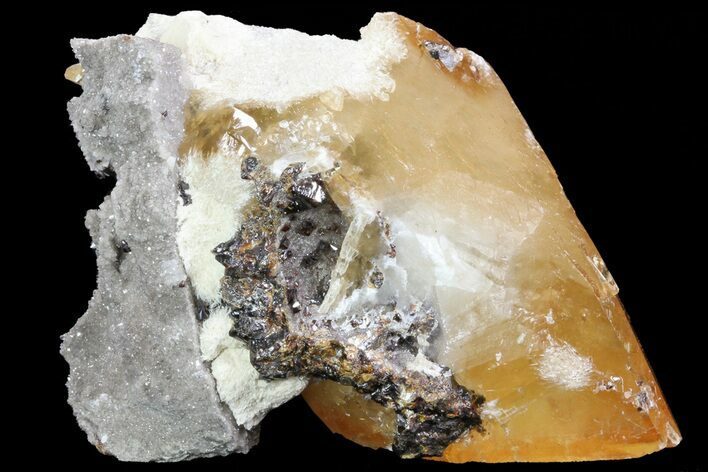 Here is a beautiful, gemmy, golden-yellow calcite crystal from the famous Elmwood mine. The calcite is partially covered in white barite crystals, with black sphalerite crystals peppered across the specimen. There is a section of dolomite encrusted matrix that the calcite likely originally formed from.

Sphalerite is a part of the sulfides group and typically exhibits a grey/black appearance due to high concentrations of impurities. When sphalerite is in it's purest state, the chemical composition is ZnS, and can display a gemmy transparent light tan/yellow color. This is one of the few minerals that can form crystals ranging anywhere between gemmy and transparent to opaque and metallic-like. Opaque or cloudy sphalerite tends to be most abundant, due to the ease of iron replacing zinc in the process of formation.
SOLD
DETAILS
SPECIES
Calcite, Sphalerite, Dolomite and Barite
LOCATION
Elmwood Mine, Carthage, Tennessee
SIZE
4.6" long, 3.3" wide
CATEGORY
Calcite
ITEM
#71921
SHIPPING
Shipping & Return Policy info. 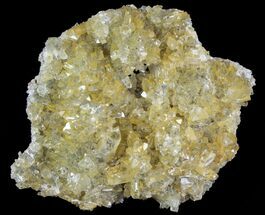 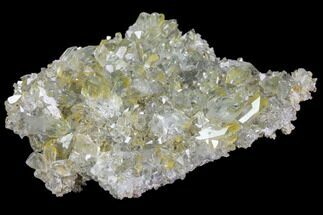 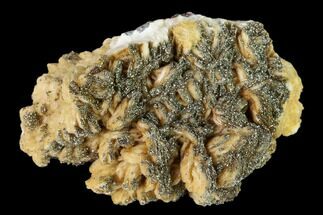 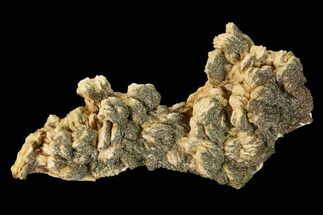 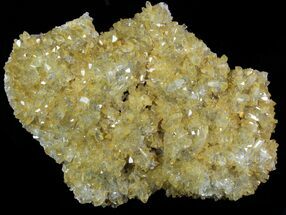 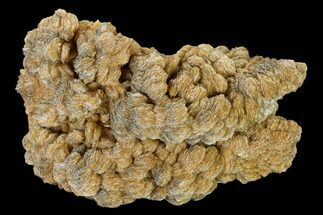 4.8" Pyrite Crystals on a Barite Crystal Cluster - Lubin Mine, Poland
$85