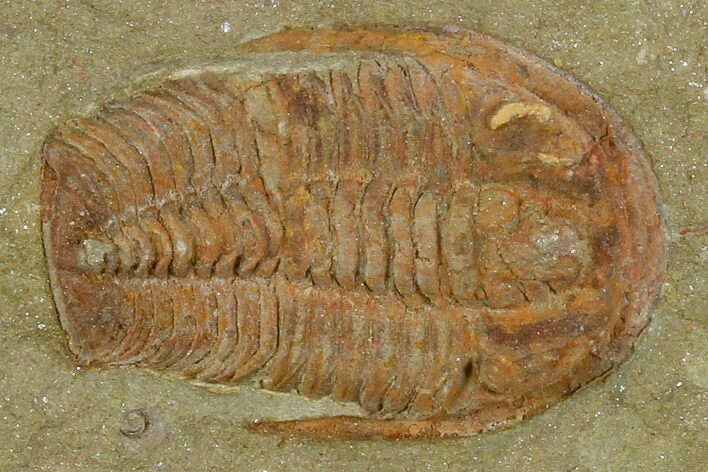 This is a reddish, 1.1" long Euloma trilobite from the Lower Ordovician deposits near Zagora, Morocco. The coloration is natural and due to the oxidization of iron pyrite. Comes with an acrylic display stand.