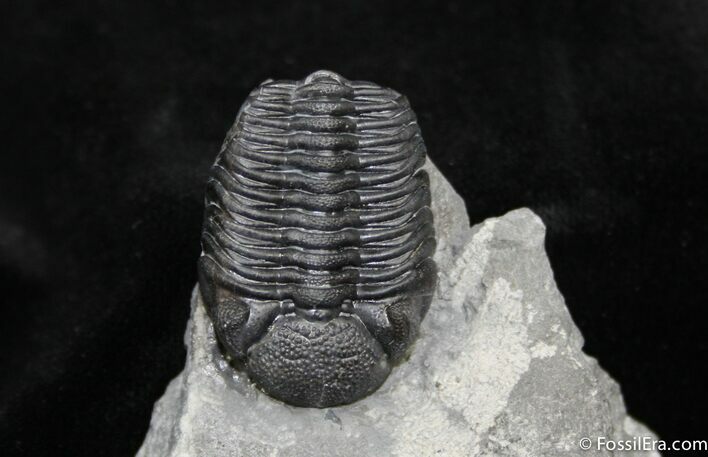 This is a beautiful prone Eldredgeops (Phacops) rana rana from the famous Penn-Dixie quarry in NY. It's complete, the tail is just tucked underneath but exposed on the other side of the rock. This one one pretty decent sized for the Eldredgeops found and Penn-Dixie and has meticulously prepared under microscope using air abrasives.