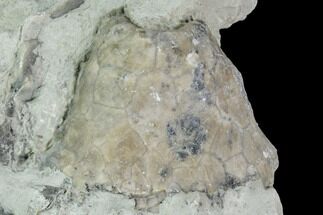 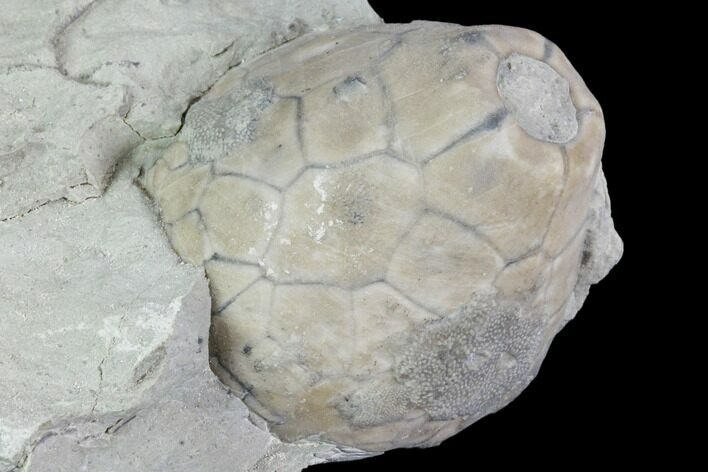 This is a 1.4" fossil calyx of a crinoid (Eucalyptocrinus crassus), from the Waldron Shale Formation, St. Paul, Indiana. This is the calyx (body) of the crinoid. It sat atop the stem and held the Pinnule (feeding arms). It is attached to the rock it was found in. This specimen has a number of bryozoans attached to the calyx. 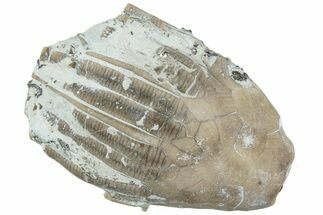