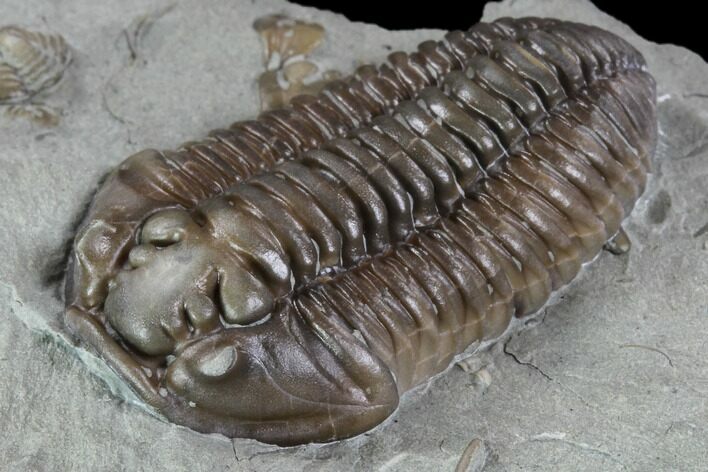 This is a top quality, 1.45" long Flexicalymene retrorsa trilobite fossil from the famous trilobite beds at Mt. Orab, Ohio. It was cleaned using air abrasives under microscope. This specimen is quite large for the locality, perfectly prone and very inflated, easily in the top 1% of specimens.