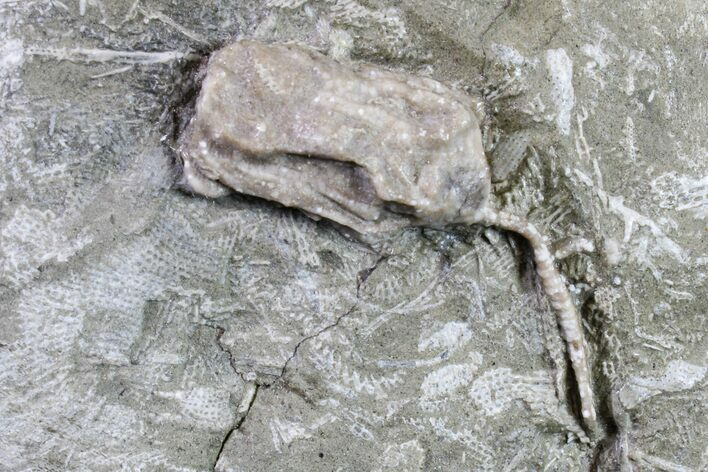 This is a 1.5" long (including stem) crinoid (Dizygocrinus sp.) collected from the Keokuk Formation of Randolph County, Missouri. It has a nice section of stem attached. 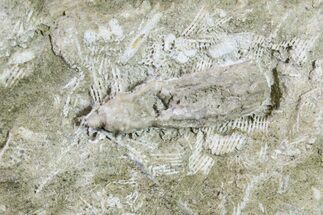 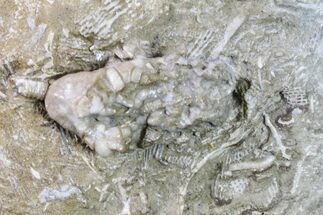 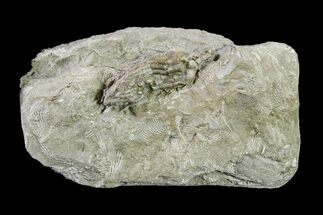