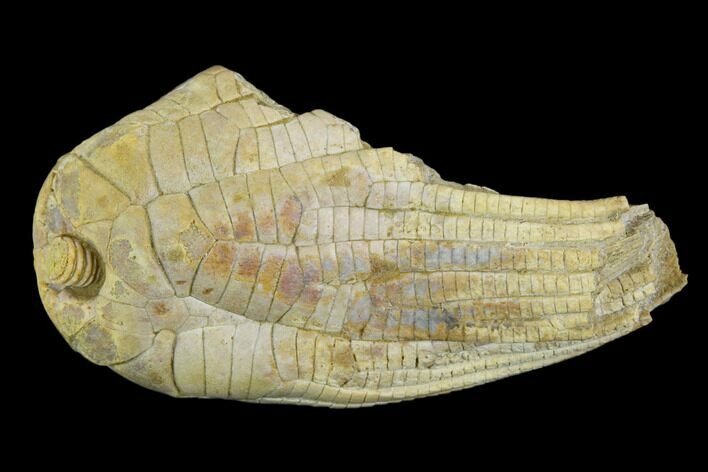 This is a 1.6", fossil crinoid (Zeacrinites) from the Bangor Limestone, Franklin County, Alabama. It shows the calyx (body) and pinnules (feeding arms). Some of the rock in which this crinoid was found is still attached. 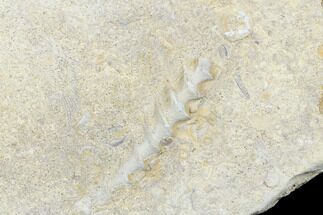 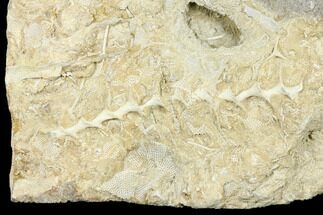 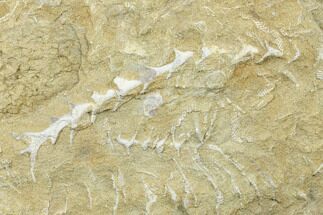