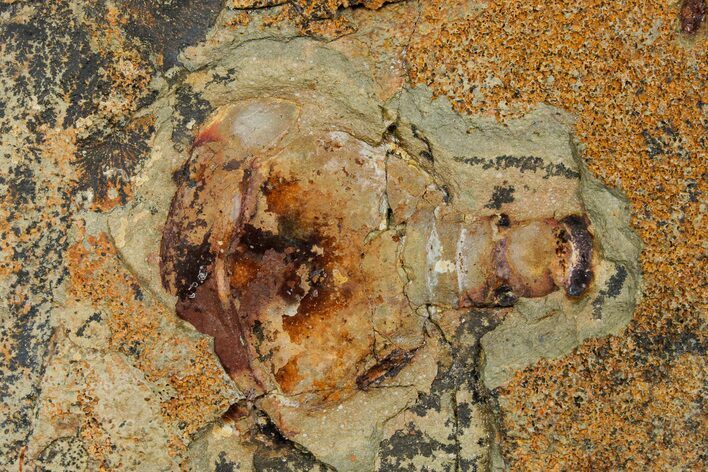 This specimen is 1.75" long. It's hard to tell if the tail spine is present and just still buried under the rock or missing.