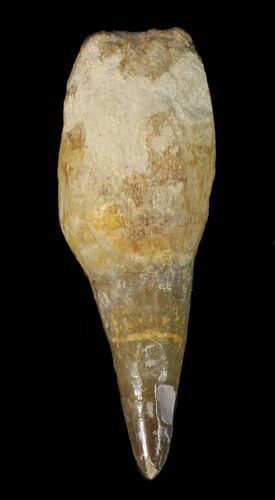 This is a 1.77" long tooth of from Platecarpus, a type of Mosasaur. They were collected from the Smoky Hill Chalk in Gove County, Kansas. There is a partial root still attached. One repaired crack in the crown.