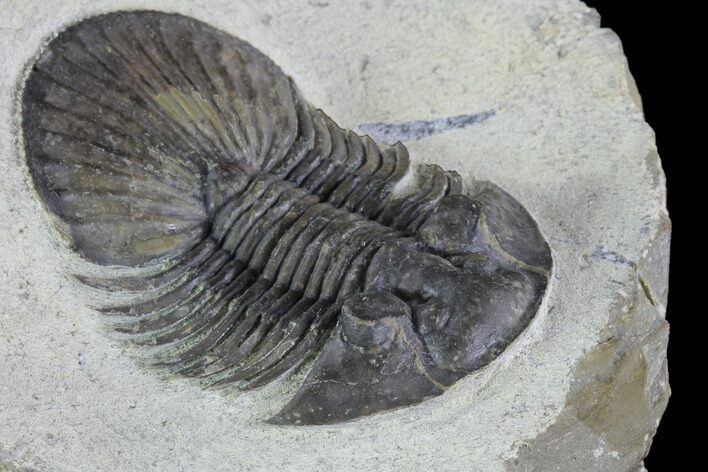 This is a excellent 1.8" long, Scabriscutellum trilobite from Morocco. The preservation is so good that you can see hundreds tiny eye facets in both eyes.