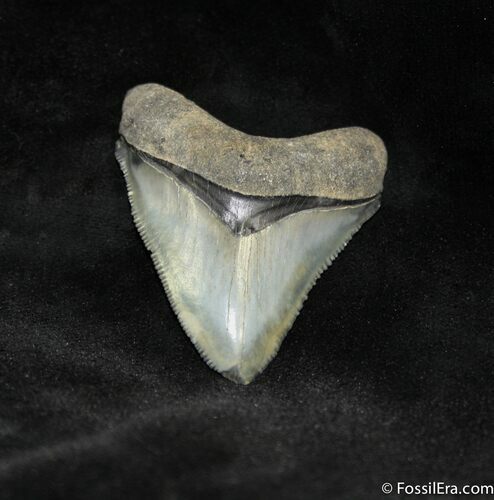 Here is a sweet little Megalodon tooth from off the coast of Venice, Florida. It has some really nice serrations and a little bit to natural feeding damage to the tip.