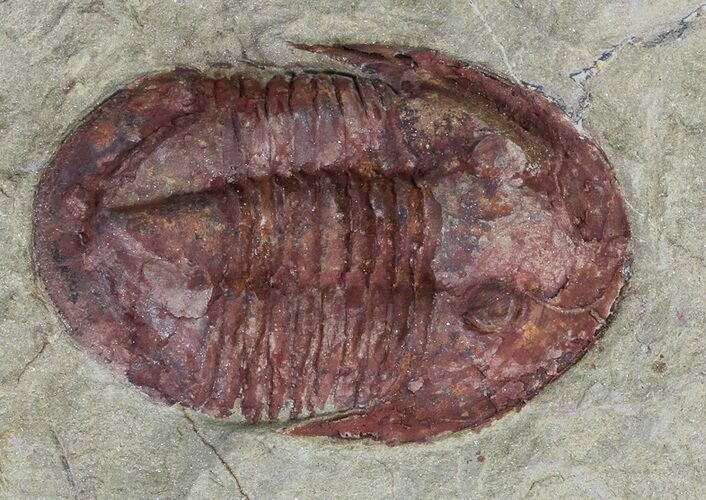 This is a red colored, 1.9" long Asaphellus trilobite from the Ordovician deposits near Zagora, Morocco. The red coloration is natural and due to the oxidization of iron pyrite. It comes with an acrylic display stand.