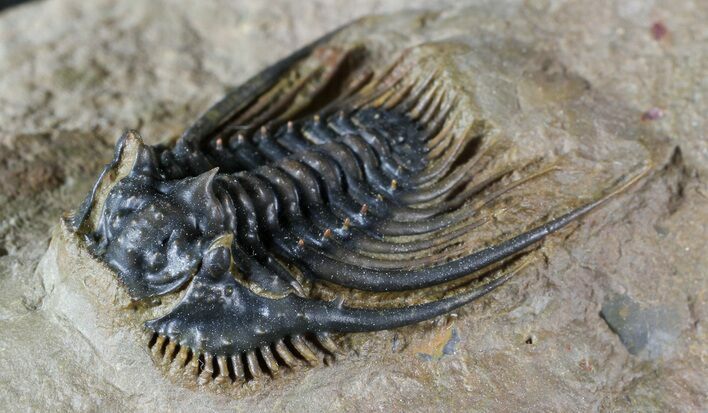 Please note: While we typically ship out material within 2 business days there will be a delay of approximately 2-3 days before we can ship this specimen. It's part of a lot of material currently in transit back to our primary shipping warehouse.

This is a superbly prepared Leonaspis from Mrakib, Morocco. The preparation is top notch, having been done by one of the best preparators in the world and the rock has been left natural, free of tools marks. Even the tiny rows of spines are preserved on the segments, a feature you almost never see on the trilobites, because they are air abraded away.

2.7" Uncommon Odontochile Trilobite - Lghaft, Morocco
$295 $265
Black Friday Through Cyber Monday Sale!
Up To 30% Off Of All Items Sitewide
Our holiday sale is wrapping up, and the deals will end at midnight on Monday. All fossils, crystals and polished stones are discounted up to 30% off with some special items discounted even more. Be sure to check back as we will be adding many new listings throughout the day.