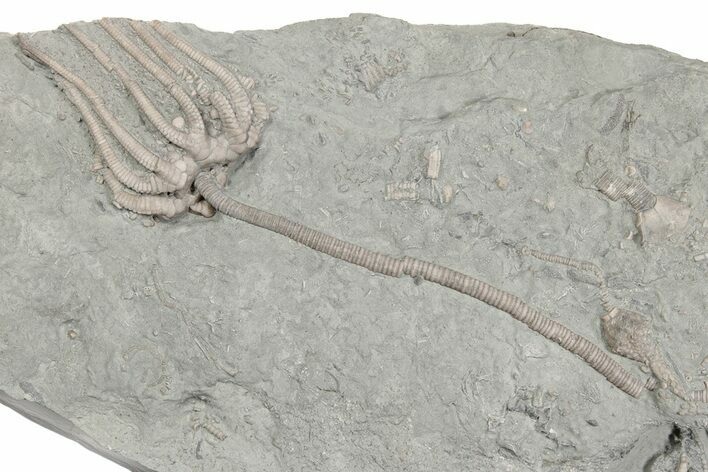 This is a beautiful, 14.2" plate of detailed fossil crinoids from Crawfordsville, Indiana. There are four, large, identifiable crinoids representing four separate species. They have been microscopically prepared using air abrasives. The two larger crinoids are Agaricocrinus sp. and a partial Barycrinus rhombiferus. The more slender and less exposed crinoids are Macrocrinus mundulus and Parisocrinus sp.. This plate is quite phenomenal, with a variety of other crinoid bits scattered throughout the rock.

The plate is backed with a foam pad and an acrylic display stand is included for your convenience.