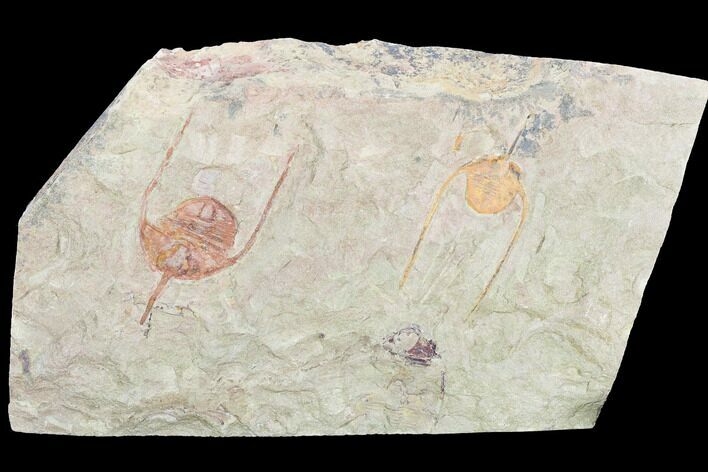 This is a 2.0", orangish, Lonchodomas sp. trilobites from the Lower Ordovician deposits in the Zagora area of Morocco. The natural, orange/red coloration is caused by the oxidization of iron pyrite which originally preserved the trilobites. There maybe some restoration or color enhancement on the ends of the spines as they tend to be faintly preserved.

Lonchodomas, formerly Ampyx has a distinctive, elongated rostrum and sweeping genal spines, which may have both helped to deter predators as well as providing more surface area to keep it on top of the mud.