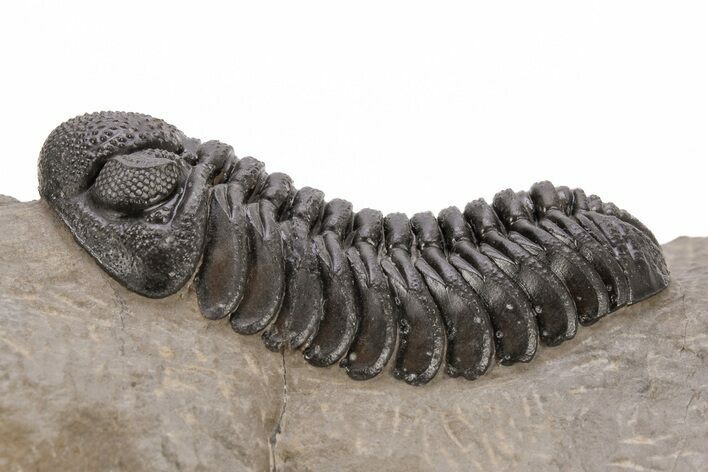 This is an excellent, 2.1" Morocops (Barrandeops) from the Timrhanrhart Formation near Foum Zguid, Morocco. The preparation and preservation of this specimen is outstanding.