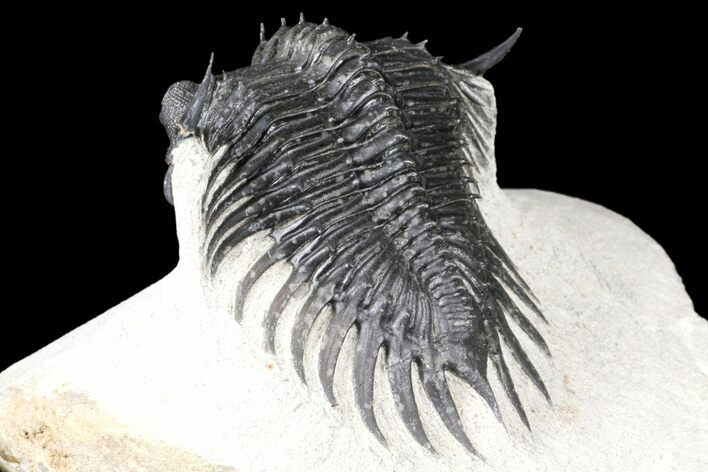 This is a very nice, 2.3" long (if outstretched)" long Delocare (Saharops) bensaidi trilobite quarried at Bou Lachrhal, Morocco. The preservation and preparation on this specimen is fantastic. It has much better shell detail than most of the trilobites from this locality and the eye facets are clear in both eyes. Genal spines and around the edge of the head have been prepared free of the surrounding limestone. A fantastic specimen of a fairly scarce species.