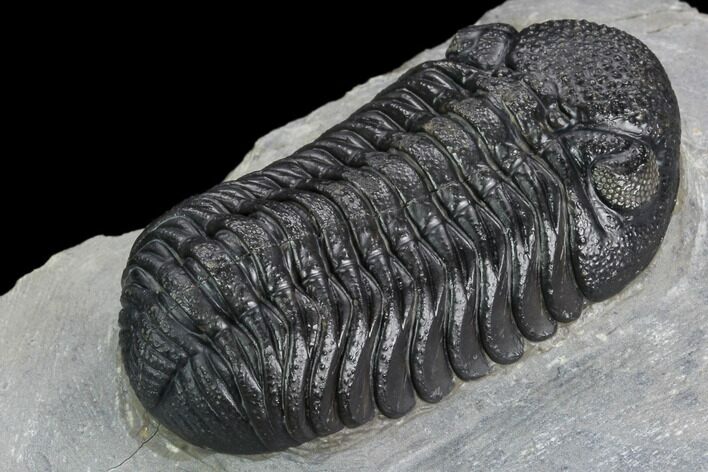 This is a 2.35" long Morocops trilobite from Ofaten, Morocco. Very good quality with excellent preparation and clear eye facets. There is about 2-3% shell restoration along the top of the axis.