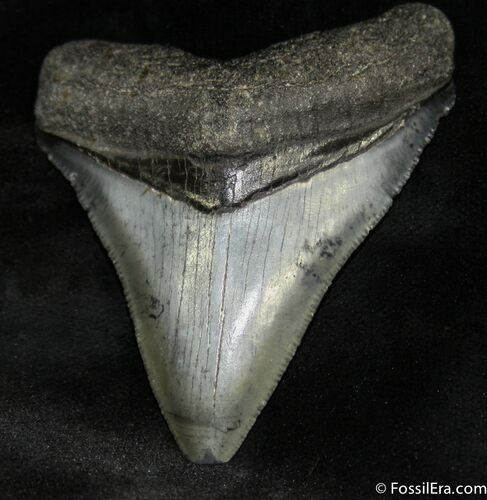 Here is a beautiful 2 1/2 inch Megalodon tooth collected off the coast of Venice, Florida. It was found by a diver after it has eroded out of the Miocene aged Bone Valley Formation. It has some really nice serrations along the edges.