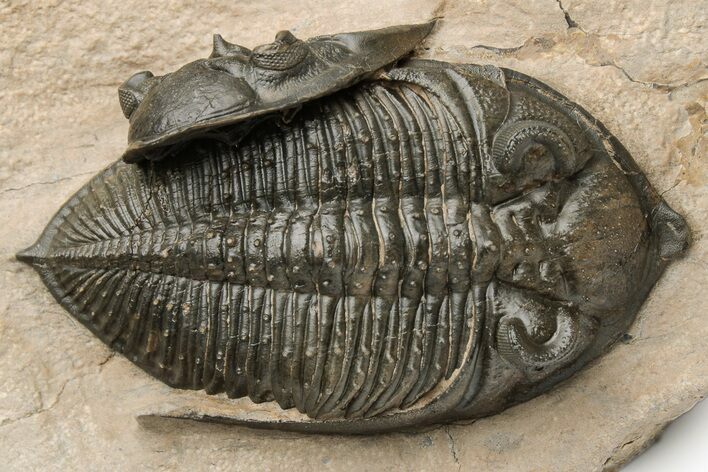 This is a very nicely prepared, 2.55" long, spiny Zlichovaspis trilobite from the Lhandar Formation of Morocco. It is 2.55" long with excellent preparation and dozens of tiny spines covering its shell. There is the head of a second specimen leaning up against its thorax. One of the better examples of the species that I have seen.