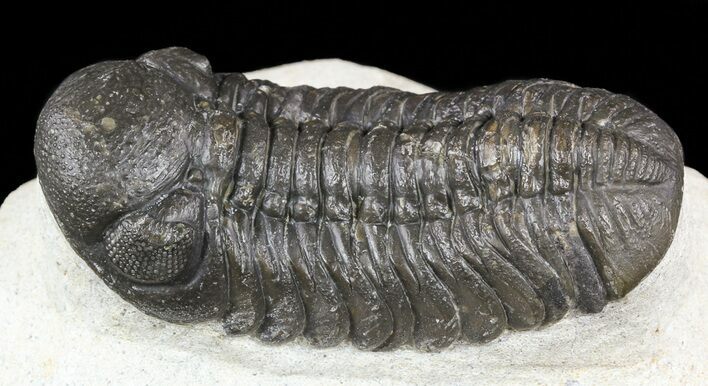 This is a detailed, 2.6" Austerops (Phacops) trilobite from the Devonian deposits of Morocco. Excellent preparation, and it displays very aesthetically the limestone that it was found in. Nice eye facet preservation.

This specimen is bargain priced, because many of the pleuaral tips on the right hand side of the trilobite have been restored.