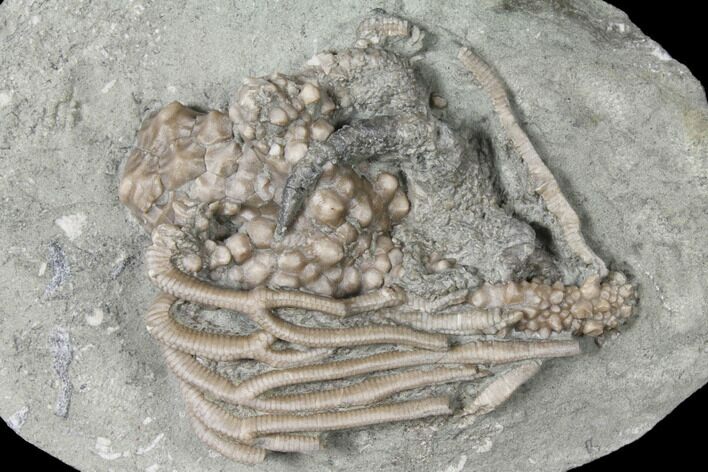 This is a 2.8" long, detailed crown of an Actinocrinites gibsoni crinoid that has a rare Onychaster flexilis starfish intertwined with it.