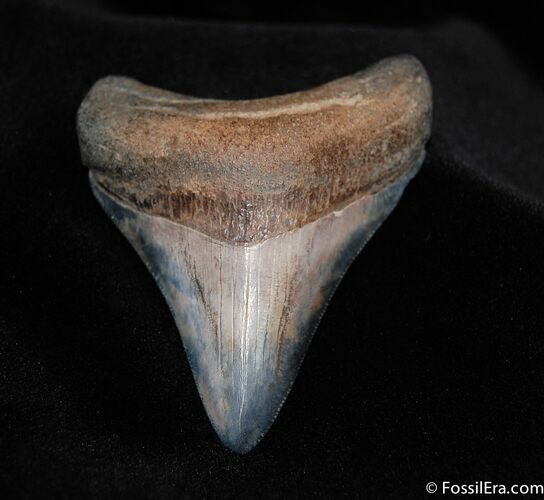 Check out the brilliant, colorful hues and the fine detail on this tooth and you'll be sold. It's a 2.91 inch Megalodon tooth collected from the Hawthorn Formation of Georgia. The root is in great condition, it's nicely serrated and is all around just a stunning tooth. Comes with the pictured stand in the last photo and would look great in any fossil collection.