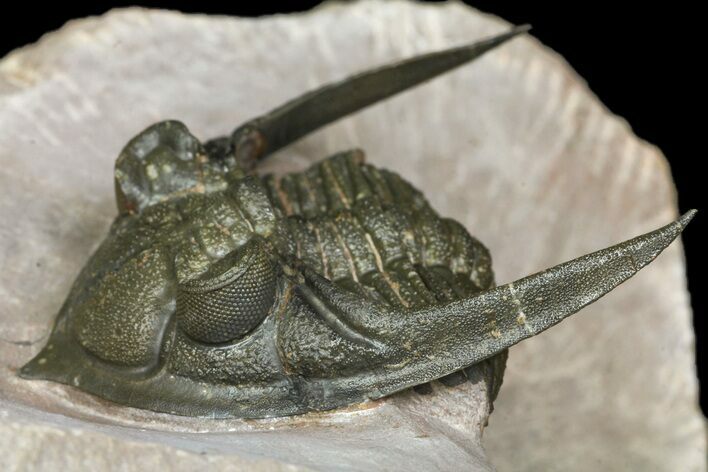 This is a 2" long specimen of Zlichovaspis spinifera quarried near Issoumour, Morocco. The shell of these species is covered in tiny bumps, hence the species name. Nice eye facet preservation in both eyes.