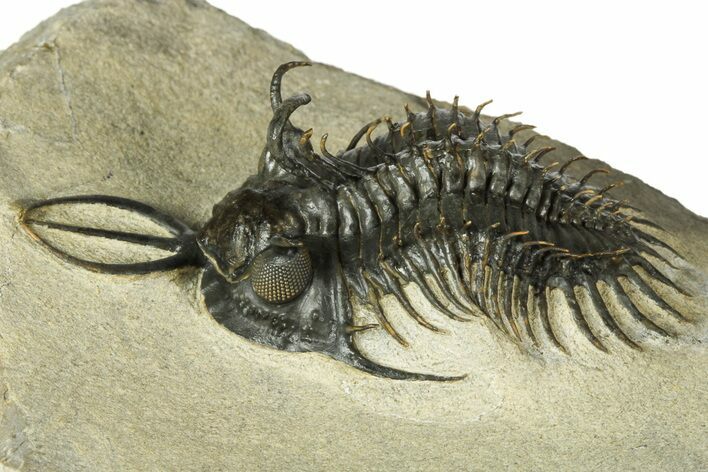 This is a 2" long specimen of the spiny trilobite Walliserops hammi, often referred to at the "short trident" Walliserops. Walliserops hammi was typically much smaller than the long-forked Walliserops trifurcatus found at the same location. It is also much rarer. These trilobites take a long time to prepare due to the 40+ free standing spines along their back.