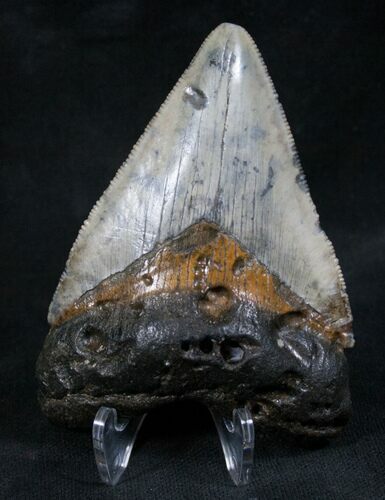 This is a nice 3.07" Megalodon tooth found in the waters off Venice Florida with good serrations and a uniquely colored blade. It would be Miocene in age having eroded out of the Bone Valley Formation. Really a nice looking tooth from the largest predator to ever inhabit our oceans. 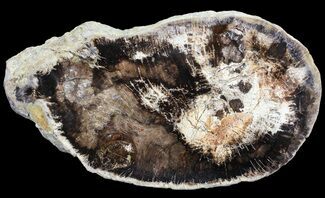