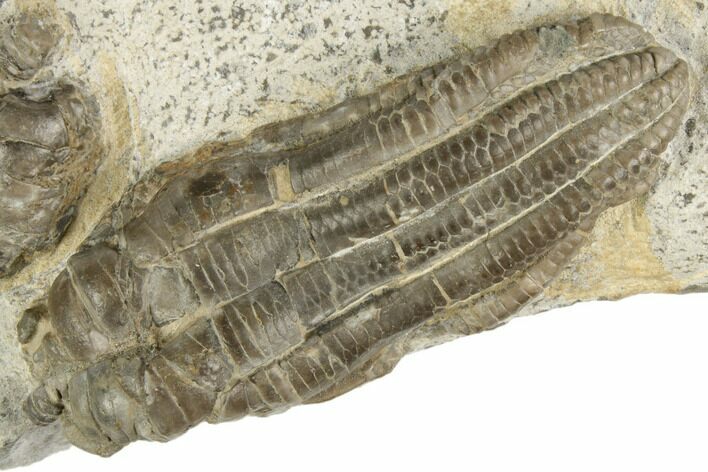 This is an impressive, 3.2" long, fossil crinoid (Encrinus liliiformis) from the Muschelkalk Formation of Lamerden, Germany. There is a second, partial crinoid that has been exposed from the rock as well. These crinoids are Triassic in age, or approximately 230 million years old, and are very inflated and nicely prepared.

Unlike the majority of specimens from this location, the rock under this fossil is quite stable and didn't require significant repair and stabilization. That being said, there is one repaired crack that runs through the largest crinoid, however it required minimal crack repair.

One edge of this specimen has been cut flat, though it's accompanied by a display stand to assist with preferred presentation. 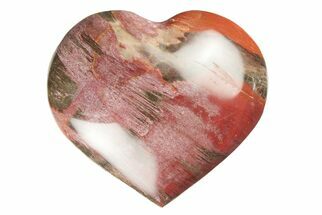 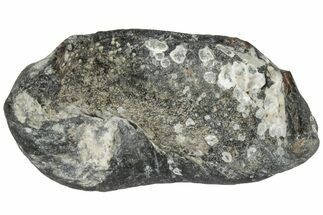 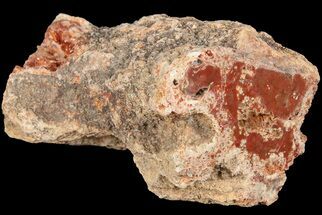