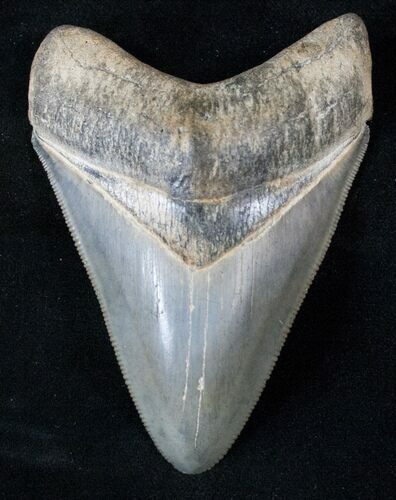 This is a high-quality, sharply serrated, 3.36" long, Megalodon tooth collected near Venice, Florida. The enamel coloration is very distinctive to the area. Larger teeth from this area are much harder to find than those from the Carolinas. Comes with an acrylic display stand.