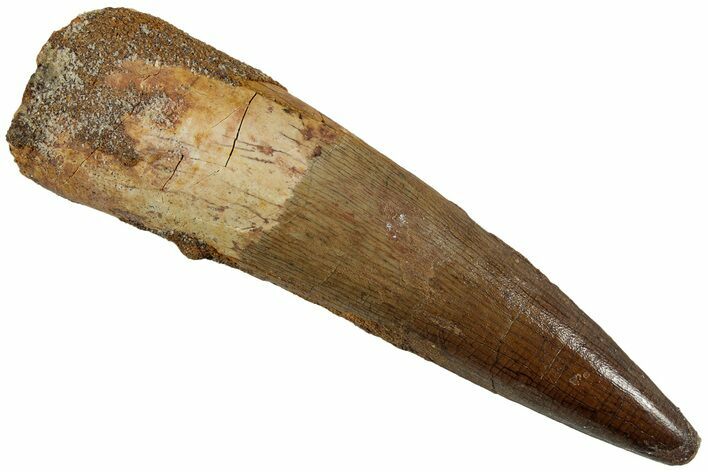 The enamel on this tooth is in excellent condition and there is almost no wear to its tip. Only a couple of hairline crack repairs with no restoration.