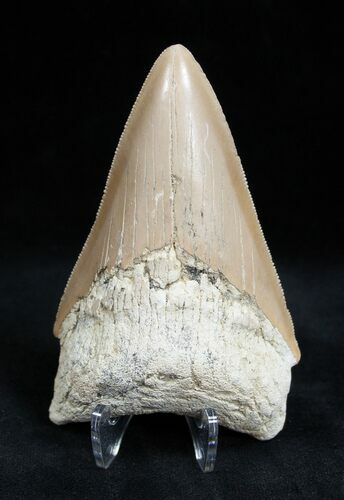 Here's a bargain tooth from a location from a rare land location, Summerville, SC. Teeth from here are hard to find and highly collectable due to their unique coloration. This tooth displays that great color, has nice serrations and is 3.5 inches long.