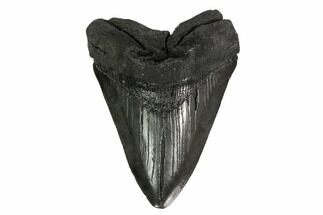 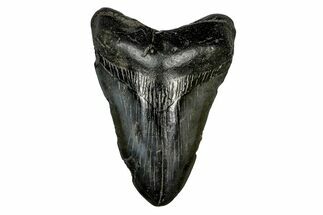 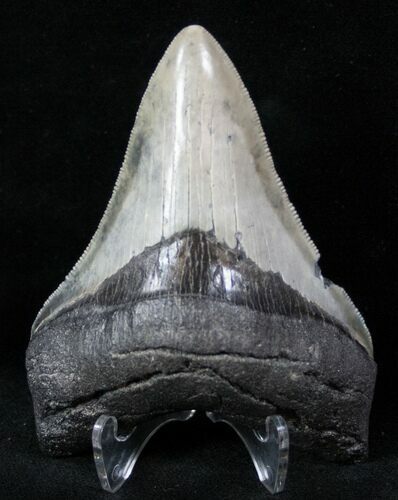 This is a beautiful 3.60" Megalodon tooth collected near Venice, Florida. It has gorgeous, glossy enamel with a coloration distinctive to this area. The serrations are nice and sharp. The teeth from from the Bone Valley Formation don't get is large as those from the Carolina's so a 3 1/2 inch tooth is pretty large for the area.