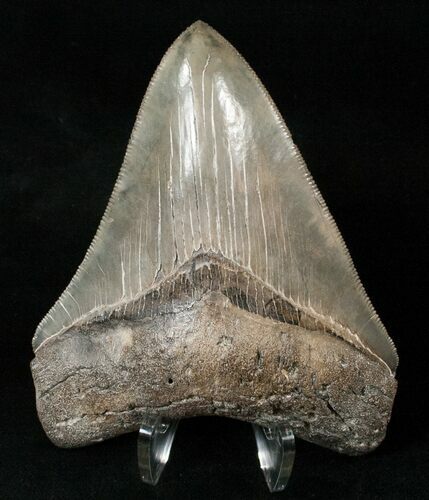 This 4.16" Megalodon tooth is a real stunner with glossy, light grey enamel and good serrations. It was collected near Medway Sound, GA after it eroded out of the Hawthorn Formation. This is a true collector quality tooth. It comes with an acrylic display stand.