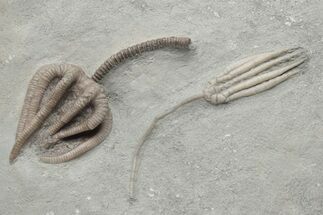 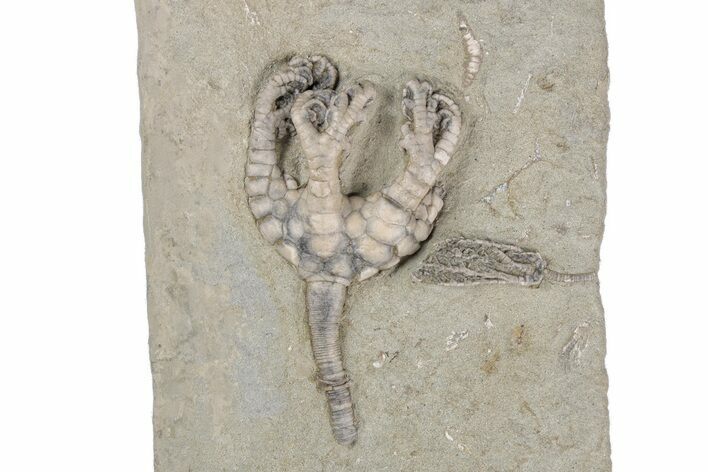 This is a beautiful, 4.35" wide plate of detailed fossil crinoids and a starfish, collected from the famous crinoid beds of Crawfordsville, Indiana. These fossils have been microscopically prepared using air abrasives, revealing their intricate details and three dimensional preservation. The two crinoids include Histocrinus coreyi (#28 - 1.05" long including stem) and Taxocrinus colletti (#83 - 2.2" long including stem). The starfish is of the species Calyptactis confragosus and measures .55" wide. 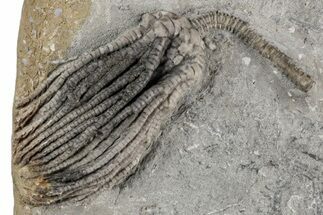 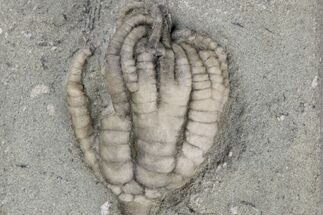